Creative Cubit Payouts (Hear me Out)

Hello! I'm Pigochi. You may know me as that one guy who occasionally says offensive things on shouts, or the atlas player Pigochi, or the creative player Pigochi. Now, I've been around for a good while now, being ~ 2 years of playing. Now I'm maining and have been for the past few months Creative. Yeah yeah, least popular server or whatever blah blah blah. But, no matter how small, we are still part of the manacube community, and I will be arguing why Creative should have payouts.

Case 1 : Other Manacube Servers
Our first case comes from the Evidence 1.Jpg. This is the Atlas, Olympus monthly payout leaderboard for mining. Now After speaking to the current #1 (MrWibs), they confirm that they get 50 cubits per payout by simply mining. Mining, if you didn't know is holding the left click button, and pressing w,a,s, and d to make sure your cursor connects with the blocks to get blocks. This doesn't require any skill at all, just a whole lot of time . Now if places like Atlas is getting payouts for simply mining, then Creative should get some for building, as that's a much more complex process than just mining. Instead of mining objects, you build much more complex objects, such as an entire town magnificently made by one of our A+ builders. I've played atlas for a year, so I know the process. It takes a lot less brainpower to mine efficiently compared to building efficiently.

Case 2: Incentive
Our second case comes from common sense. Say you have 2 servers. One is Manacube, and the other is called Pigochicraft. Now Pigochicraft is really cool, and the Owner Pigochi had a really cool idea to introduce Pigobit payouts every month, and all of a sudden, his creative server is popping off! He has so many players now. But Manacube didn't introduce their cubit payouts, so they only ever linearly increase. My point is introducing payouts can increase incentive in players and introduce more players into the community, which means more money for you, Daddy Dacon.

Case 3: It shows proof that staff care about less popular servers
Our third case doesn't need evidence, because it's pretty clear already. Check the discord for the last announcement you saw on creative, I had to cntrl F to find it. THE LAST MENTION OF CREATIVE WAS IN MARCH. MARCH. That's crazy. Ya'll really let the creative community down with that one, not one update announced, nothing. You may have something "planned" But there weren't any quality of life updates either. No hints about any reset or anything yet either. By adding payouts you'd be proving to the community that you guys can care for your less popular servers and not just give all the glory to parkour and faction.

Conclusion:
These were my cases for why Creative should get Cubit payouts, and if you guys are wondering what the payouts would even be? Don't worry, I got you covered. Best build in the last month. It's that easy. Heck, you can even fix build battle and then you can have most build battle wins cattegory. There's a lot of room for payouts here people. Now this may not be the best essay you've ever seen in the world, but that's because I wrote it about 30 minutes before I went to bed. Essentially, it's a rant I did for fun and to try and get some love for the Creative Community, as it seems i'm one of the only elites that play it with a voice. Anyways, that's about it. Pigochi Out o/

I totally agree with this, seems like a great idea. 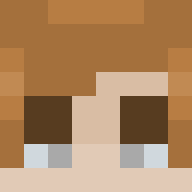 yea no creative dont deserve payouts
R.s
damn
You must log in or register to reply here.
Share: Twitter Reddit WhatsApp Email Link
2013 - 2021 © ManaLabs Inc. All Rights Reserved.
We are not affiliated with Mojang AB.