What do you think?
For me, I kinda saw some issues like hub players limit,kitpvp lag and much more.
―――[Comedian YouTuber]――― 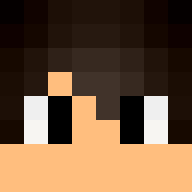 I think one of the main things they should fix is fixing what donator ranks get. I know in skyblock, it says mvp+ gets an infinite water and lava bucket, but apparently it was removed. Which is more annoying then the lag and getting random kicked.

I think the devs or whoever is focusing too much on revamping the gameplay of each mode, rather than the experience the players have.
There are many issues in every gamemode that have been reported many times and have been known for a long while. And while I get the "iT tAkEs TiMe", game altering things being broken for over a year is unacceptable to me. And this goes for things like worledit too. People paid real money, and now it's been taken away without a word.
I think manacube can make some mostly easy steps to fixing these problems. They can moderate the inactive admins and make them work like admins instead of inactive players. I think they should also get more devs, either by hire or volunteer, that work specifically on fixing bugs instead of creating new things.
In my opinion, if you dont work harder than your need to, and especially if you arent active, you shouldnt have a job or position as dev/admin.

This is not hate or disrespect to any member of manacube but is my opinion on how I'd moderate inactivity for high level people.
You must log in or register to reply here.
Share: Facebook Twitter Reddit Pinterest Tumblr WhatsApp Email Link
2013 - 2020 © ManaLabs Inc. All Rights Reserved.
We are not affiliated with Mojang AB.