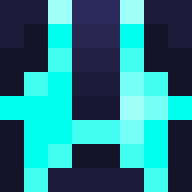 In Season 2, Earth's Mana Pond was good because there wasn't much players ever on, maybe like 10 players at pond at most. However, now that Earth consistently has 70+ players, easily more than 40 players trying to go to pond, the tiny pond that is the same size, if not smaller than Season 2's, it's nearly impossible to catch anything. It's just all about ping to be honest.

At most, some players will get maybe 4 or 5 rewards from it. In Season 2, 10+ rewards wouldn't be uncommon.
Earth is the **BEST** realm
Not to be confused with @Undiny
ima go play earth now
Report a bug | Appeal a ban/mute | Report a player​
You must log in or register to reply here.
Share: Twitter Reddit WhatsApp Email Link
2013 - 2022 © ManaLabs Inc.
ManaLabs is an Official Minecraft Partner
ManaCube is a huge community server for Minecraft Java Edition. IP: play.manacube.com
The ManaCube server is not affiliated with or endorsed by Mojang, AB.
Rules Store Updates Staff Support Wiki