How long have you been playing Minecraft? 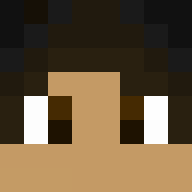 I've been playing Minecraft since before they added horses.

I used to play back in the days of about 2012 on my Xbox 360 with the classic tutorial map and the mini games they later added to Minecraft Xbox 360. 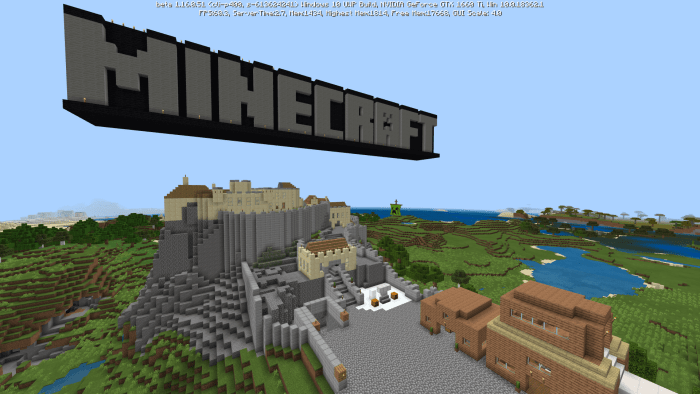 Waaaaaay back when minecraft was still in beta, and for awhile after, they allowed you to sign up for an account and play minecraft classic for free online. I miss classic, there are a lot of unique quirks (like how people's arms flailed around) and gamemodes in it that will probably never see the light of day again. I eventually bought the full game an update or two after it came out of beta. 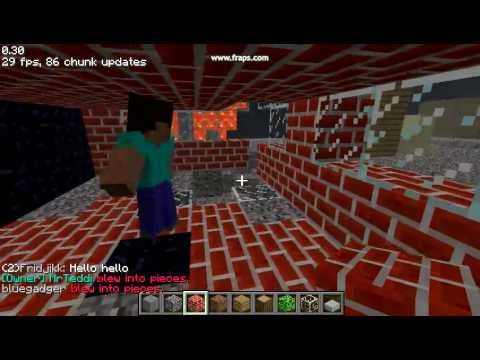 Heres a random picture I found of the most popular gamemode, lava survival. You would essentially make a base while lava flooded the map. Lava would also destroy blocks over time, so you had to make a strong base or risk a leak. A common strategy would be to fill the base with mushrooms, since they stopped lava and could be placed anywhere, even in the air.

I've been playing minecraft since just before 1.5 when they added upgraded redstone circuits. I first had downloaded the free trial version and locked the world at the end of the 1 hour timer. But I found a way around having a time limit. I started building my world with classic oak wood houses and cactus wall defenses against mobs.
Once Team Crafted started to pick up on YouTube, I got the full version and played capture the flag, walls, bridges and those style games for ages. Eventually I started maining SSM on a server and become one of the top players with 2k+ wins. Since then, I have been locked out of the website so I cant change my name, so I am stuck carrying my minecraft history with me wherever I play.

I remember messing around on Minecraft PE Lite (basically an older, demo version of today's "Bedrock edition"), although to be honest, I don't exactly remember when I started playing (I think PE Lite was discontinued around 2013 and was released in 2011, so I'm thinking this was around late 2012 or early 2013.) However, I think I remember getting started with Java Edition around the 1.8 update era (1.8.8 or 1.8.9).


Disclaimer: There's a small chance I might've gotten my minecraft-playing history all mixed up, so the dates might be wrong... (yeah, I don't exactly remember my early days of playing Minecraft)
Lifetime Bucket List (because I like wasting time)
- Sit on the parkour server and wait for scramblers while also telling terrible puns
- Somehow make money on the prison server by running around and clicking stuff
- AFK in the lobby for a long time or build random junk on Creative

i actually started playing minecraft right when it first came out! i remember my friend had the game when i was little and i loved it the first time i played!

I've been playing Minecraft since before Manacube exist.
―――[Comedian YouTuber]―――

I think I started getting into MC around 2014 (pre-1.8). I was only on PE, but I vaguely remember making a quartz castle over a really cool naturally generated lake and having fun with different TNT bomb sizes. I clearly remember watching PopularMMOS, tho. the good days.

Simply put: I've been playing minecraft since before they added diorite!

4thForce said:
I remember watching PopularMMOs and StampyLongHead, the OG Minecraft Youtubers.
Click to expand...
Holy wow. Same I do too.

I've been playing Minecraft for around 2011, don't have any proof.
Discord: mrchanjack1#8086
Twitter: mrchanjack1

Hey, my name is mrchanjack1 and I love to play games with my friends and hang out with tons of peole.

I've been playing Minecraft since there were stonecutters in pocket edition (not the new stonecutters, like way back when)
-

I have been playing minecraft since 2013,before the big redstone update involving comparitors and all that lot. I absolutely love redstone!