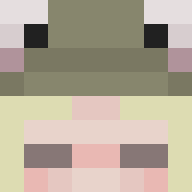 Date when locked:
I'm not entirely sure but I think about 4 months ago?

Why should your account be unlocked?
I've been thinking about it and I was wrong. I was indeed hacking, but like I said in my appeals before, those were hacks my sister installed. I do realize this is a week excuse, but still, it is one. My pc has been resetted, so the hacks are gone, and I have don't have the intention of downloading them again. I just really hope that I can play to my fullest potential again. It's basically boring just completing maps without a reward.

Any evidence to support your appeal:
No, not really.

Firstly, thank you for taking the time to appeal, I will be placing this appeal into reviewing for the time being. During this time, I and the appropriate staff members will take this time to review and look over your appeal and punishment. If you have any questions regarding your punishment or the reviewing process, please feel free to contact my discord, luci#2432, or contact me over the forums or in-game.

I’m greatly sorry to inform you that your appeal has been rejected due to the following reasons; firstly, you were only locked around 2 months ago, we feel like it’s best for you to wait as what you did was very serious, and we feel like you need more time to reflect on what you did.

We also noticed that you have also continued to break a variety of our rules while being locked, please realize that we do not tolerate any type of rule breaking, and any actions to do so may be considered while deciding your final outcome.

Please wait around 4 weeks before appealing again, thank you for your patience while me and the appropriate staff members looked over, and discussed your appeal.
Luci
«────── « ⋅ʚ♡ɞ⋅ » ──────»
Luci
IGN: Lucifr | Discord: luci#2432
Parkour Mod | KitPvP Mod | Survival Mod​