What server are you applying for
Parkour

Country or Timezone
The Netherlands (GMT)

Why do you want to become staff?
This server means a lot to me. I have played on this server for a long time, and I have made a lot of new friends here. When I started playing on this server, I loved it right away. The members and staff here were so nice, and everyone was helping me when I struggled with doing maps or building them. One day I was racing someone, and that person was fly hacking. Staff helped me out by kicking him. A few days ago, I was looking back at this time, and I thought: Wouldn't it be amazing if I could be one of those people? If I can help members with their struggles? If I could deal with cheaters if they're hacking? If I would be staff, I would say it is also very important to have fun with the members. People should have a good time on the server.

How long have you played on ManaCube?
I have played on this server for almost a year now. At one point in time, I took a break from gaming, because my grandfather passed away, and that time was though for me. On parkour, I have played almost 180 hours now. When I started playing here, I was really noob, and I couldn't even do a medium course. But after all those hours of playing, my parkour skills really improved. Then I started building maps, which I really liked doing. Now 6 of my maps got accepted, and it's just great to see my own maps on /warp beta!

How many hours a week can you dedicate to Manacube?
I can dedicate around 20 hours a week, and in most school holidays I can be online around 26 hours a week. This includes the forums and discord alongside the server.

What skills do you feel you have that will help the server?
As I already mentioned above, is that you can laugh with me. I'm very social, and when I'm playing on Manacube, I'm talking a lot in chat. It's great having fun with other people, even if you don't know them. I like making jokes, and I provide a cozy atmosphere in the community. It's important that the members on the server have a good time. I love helping people with things that are new for them, or things they are not really good at. My second skill is that I can clearly see if someone is lying or telling the truth. For example, if someone is fly hacking, and he doesn't admit it, most of the time, I can see he is lying right away. Another thing: I am very reachable. If someone has a question and messages me on discord, or on the forums, I will probably reply within 1 or 2 hours (Except when I'm sleeping). I will help the member until he understands everything. I won't go offline if he didn't get enough help. One last thing: I can speak fluent Dutch, and I can understand German. Sometimes when I'm on the server, I see people swearing in Dutch/German, but nobody is warning them, even when there is a mod online. If I would be mod, I can warn those people.

What experiences have you had which could help you as staff?
A while ago, I was a staff on the server 'Redcraft'. I had the mod+ rank, on a Skywars server. I banned/muted people that were hacking, and I helped players with improving their skills. One day the server stopped. Me, and the other staff members, were trying to contact the owner, but he didn't reply anymore. Today, the server still is offline. It was a shame, cause I loved helping the players out. At school, I'm the mentor of a music band. We write songs, and once in the few weeks, we have a performance. I'm playing in this band for over a year now, and I really like it. I hope that our band will be more official in the future. It would be amazing if we can perform for a big audience one day.

What three attributes distinguish yourself from other players that qualify you to be a helper?
1. Creative
I think it's important to be creative if you're a staff member. For example, if someone has a problem, which is hard to solve, I would probably think of a good suggestion. I'm good at thinking outside the box. Being creative also means being able to analyze. I would say this is also really important for staff members. I'm good at thinking of new ideas, for example, maps. When I'm looking at the chat in Manacube, I see that a lot of people need help with the map they're building. Because I'm creative, I can go take a look at their map and give some good ideas.

2. Confident
If I want to help people on the server with doing parkour, I should be confident. If you're not confident, it's way harder to help other people. Because I'm confident, I can easily explain things to people, without being scared they think I'm weird, or something like that. I think that would help me a lot if I would be a helper.

3. Well known
On the Minecraft server, on the forums, and on discord, I am very well known. I've got a lot of friends on Manacube, and lots of people know me (from talking and helping with maps). I think that will help me with being a staff member too. Because I know a lot of people, the players won't be struggling/scared to ask me questions. If you know someone, it's always easier to talk with him, or asking for help.

Please explain what you believe the role of a staff member is.
In my opinion, being staff means you should help everyone that needs it, and reporting players that not follow the rules. A staff member should spend his/her time, by making sure all members have a good time on the server. Staff members should be kind, and have fun with other players on the server.

Are you able to use recording software?
Yes.

You are aware that all information provided must be true, and if found to be false, will result in an automatic rejection of this application
Yes
Last edited: Monday at 8:34 AM
DC: SILLLLLLLLLLLLLL#3308

You are well over the word count (700) by 341 Words! (1041)
You have Reached the Forum post Requirement as you have Said Above
Your Application is very Detailed and there are Minor Grammatical Errors which can be fixed easy
I have seen you on Parkour a few time (I only have 2 hours on Parkour)
Very Detailed
Your Minecraft Account is linked
Your Discord account is linked

Since you have Fixed the problems I have reevaluated my score
It would be wonderful to have you on the Staff team Hope to see you in the near Future
Who needs luck, when you have Grammarly
-Comic
Last edited: Tuesday at 4:10 AM
I see you >:3​

I'd be happy to see you on the staff team in the future! You're very fun to be around, I wish you luck 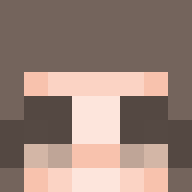 hi sill! for the amount of time that i’ve known you, you’ve always been super nice and fun to hang out with. your application was really detailed and you have a lot of forum posts lol. my only suggestion would probably be to like help out more in-game. gl!! xoxo
ellie
disc-ellie#8669
xoxo​ 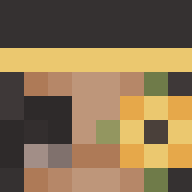 At the moment, I am going to give your staff application a +0.8. This is because I believe there is still a bit of information and detail that could be added to this application, mainly on your experience and what you believe a staff member is. Other than that, I think you would make a great addition to the staff team on Manacube. I have seen you frequently on forums and the few times I have played parkour and I believe you are kind, committed, and would be an all-round asset for the people of parkour to have as a role model and friend.

Wonderful guy, always positive and friendly on parkour. Always a pleasure to be around, and very active. Mature and respectful as well. However I'm not sure if he has enough experience with Manacube and with the parkour server to be ready for staff at this time. Although he has almost 200 hours, he is still fairly new to the server. I definitely think that in a few months, Sil would be a great addition to the staff team (that's such a funny sentence out of context!). Good luck.
Tas#0331 // Former parkour mod and map judge // 25 accepted courses
Apply for staff ∙ Build Team ∙ YouTube // Report a bug ∙ player ∙ staff member // Appeal your ban/mute
Submit a support ticket ∙ parkour map ∙ suggestion // View stats ∙ updates ∙ rules ∙ parkour bugs​

Tasses said:
Wonderful guy, always positive and friendly on parkour. Always a pleasure to be around, and very active. Mature and respectful as well. However I'm not sure if he has enough experience with Manacube and with the parkour server to be ready for staff at this time. Although he has almost 200 hours, he is still fairly new to the server. I definitely think that in a few months, Sil would be a great addition to the staff team (that's such a funny sentence out of context!). Good luck.
Click to expand...
Aww, that's sweet . Tysm! If my application will get rejected, I will definitely try again in the future!
DC: SILLLLLLLLLLLLLL#3308