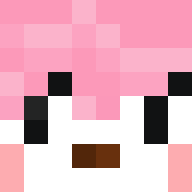 Just yesterday Ancient Trials released for Survival and I find things that may need revaluation.

First, the arena. I don't think it's bad, but I hope to see new variants in the future. Also around the center, there's a block missing from the floor so I hope that gets patched up. One more suggestion, if you want to encourage players to stay in the middle to get the beacon effect, you should also have strength or resistance or both effects as well. Usually the plan is to just run to the center then run away once you get the speed effect. After that you can shoot the mobs from afar. Which leads me to my next topic, the classes.

Warrior and Tank needs to be heavily BUFFED. You see, the Archer class is by far the most efficient and overall best class to use. It deals the most damage, has the furthest range, and is easy to use. With either the Warrior or Tank class, you're just putting a handicap on yourself for absolutely no reason. There's barely no advantage for using those two classes. Now there is an upgrade at the middle of the arena which lets you buy a bow, however if you're going to buy the bow, THEN JUST USE THE ARCHER CLASS. The bow you get from the upgrade doesn't even hold a candle from the bow you get from the class. With the class you get power III and infinity. The upgrade ONLY gives you power II, meaning you have to keep purchasing arrows when you could use it for golden apples and other things. Each class should be equal to one another or else there's no reason to use all of them. Tank are for people who aren't confident with their combat, so they should specialize in high defense. Diamond alone won't cut it, so it should be enchanted with all the protection enchantments each at level II. And optionally, they should use an Iron sword instead of stone sword. Because again, why use this class when the Archer can take out the average mob with two shots. As for the Warrior class, If the idea was to make it the all-around class, then it should have aspects from the other classes. I think the iron armor could stay but again you're only using a sword, which has less attack and less range than the bow. As the saying goes, "if you can't beat them, join them!" Warrior class should also be equipped with a bow but only a default with no enchantments (except unbreaking). It should also be given 16 arrows, just enough when you're in a tight spot. Or alternatively, you should just start with the "OP Sword," as that would make the Warrior class the strongest melee user. OR alternatively, do both.

Lastly are the upgrades. Some of them I find to not really be worth their cost. As mentioned before, the bow upgrade doesn't even have infinity and it costs 30 levels to buy. By the time you're able to buy it, you're already halfway through the rounds and now you're stuck with an average bow with limited arrows. You could've bought three golden apples with those levels. The OP sword could be a little stronger if you're going to charge 60 levels for it. I think enderpearls cost too much, that's the main reason why I haven't bought any. Maybe around 7 levels is good to buy. I don't really use milk either since the effects go away in like 30 seconds and if I just hide somewhere I'll eventually lose it. That's about I can say about the potions.