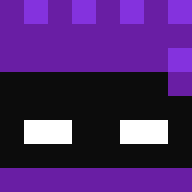 "They need to start making new isles, as using the same ones for every realm is getting extremely tiring"

+1 It's so boring having the same isles worlds and monsters all over again. From season 6 to season 7 there was a big change from slayer worlds to isles making it fun for everyone. isles was packed with people for months. This season its the same exact thing so the isles worlds were dead and empty within like 2 weeks
|| Survival ||
Instagram.com/jcody_parker

Good suggestions - although I think the holies dropping on death would need a rework because this would just keep thousands of holies in the game and thus making them borderline worthless.

PVP is in desperate need of actual balancing to counter drag/eros. In my opinion individual items like these should not be "necessities" that everyone needs to have to play the game. New crates are doing a better job of bringing other options but in reality this is just trying to patch up the problem rather than addressing it. Whether it's by nerfing regen in /warp pvp with it being in its own cube or adding item effects to make it less effective - something should be done. Freedoms/reapers were expensive in the past but you could still pvp with a sharp 8 axe or a saber. This is not the same. At the end of the day though survival isn't based around pvp (granted this is why survival continues to be one of the most active realms) so you think it would be a good idea to focus on it.

It would be nice to see an isles/worlds update or revamp but who knows how long it would take to get new custom models and implement it. Take Earth for example - it's the same models yet again but just placed around a new world. At some point they're going to have to use new content but then again that will get recycled to every other realm as well.

The Halloween even was a step in the right direction so I do hope to see more events like that.

I do like the use of multiple leaderboards but it seems like it's been made very clear that there won't be multiple payouts anymore. It seemed like it was a big reason why Olympus was successful back in the day so I wish there would be something similar.

Edit - instead of "instead of their holy disappearing, the holys drop and the player who killed them gets too pick it up ". Holies could maybe have a percentage rate to drop such as 10%

You made some great points and suggestions. In general PVP on mana does seem to be slowly fading away. The point you made regarding holy scrolls being difficult to obtain is something that a lot of players can find agreeable. Unsurprisingly, not many players find it interesting to sit at a grinder, clicking their mouse for a long while to later purchase a single holy scroll. Its simply too boring, repetitive and takes too long. To make obtaining souls a little more interesting and easier, a new Isle could be implemented. It could have a similar difficulty to burninglands and have mobs with their common reward being a generous amount of souls. I strongly think that a significantly larger amount of new and old players would consider jumping into PVP for a change if holy scrolls were much easier to obtain.

vibers1x said:
Instead of players starting off the season knowing exactly what to do, it should be changed every season
Click to expand...
Couldn't agree more. Before the season even started, a lot of players had planned everything out.

Regarding the halloween event, I personally really loved it and I think that similar events should definitely be held in the future. It got many players involved and running around for some pretty nice cosmetics.

vibers1x said:
I feel that each leaderboard should give a reward
Click to expand...
This would be really nice - Having a reward for each leaderboard would definitely make players more competitive and give them something to work for.
Last edited: Nov 5, 2022
inpy​

Im joe biden and i approve this message

lannman88 said:
Im joe biden and i approve this message
Click to expand...
Glad to hear you took the time out of your very busy day to read this Joe.
You must log in or register to reply here.
Share: Twitter Reddit WhatsApp Email Link
2013 - 2022 © ManaLabs Inc.
ManaLabs is an Official Minecraft Partner
ManaCube is a huge community server for Minecraft Java Edition. IP: play.manacube.com
The ManaCube server is not affiliated with or endorsed by Mojang, AB.
Rules Store Updates Staff Support Wiki