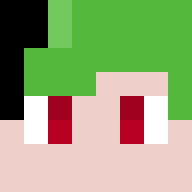 
Why you were locked:
Okay, so like i said in my last 2 appeals, which is 1 Month ago, and like.. 10 Months ago, that "i" got caught Hacking by Aloro back then, and got Locked because i did appeal my Ban.. my Account (named Kxll) got banned because of hacking to put it simply.

Why should your account be unlocked?
Welp simply because i would love to atleast make one last thing on Parkour since i pretty much gave up by now since the only thing i really can do is building Maps.. and gaining nothing from Playing is boring as hell after 12 Months of being Locked (we hit 12 months wub wub) well, i can say i hope i get Unlocked since i would actually play then again active and not just Olympus like i do right now..


Any evidence to support your appeal:
Uhm well, i would say the Rejection of my last appeal was that i didn't play enough, so that is why it got Rejected since "You didn't even play active in the past few months so unlocking you would make no sense to be serious" (thats how it sounded to me) and i can totally understand that, but now i played another Month on Manacube, being Locked, tried to help some ppl, did do active stuff like Building 2 Maps in the last Month, which both got accepted (so i even did my part for the PK Community) i couldn't find anything new really without the skip in MushroomCastle which i reported to Shinx some time ago since i didn't actively looked for Skips again..


I won't write a long text at the end again since it seemed that got ignored at all since in those 12 months (like i said) i played a lot, mostly more than ANY other locked would've, because Parkour was like "my life" on Minecraft again, i had so much fun in it and just was happy to see how my Mana increases how ppl would cheer me up for beating Insanes, getting fast times on Champion Maps and so on.. i just wish those times back to be serious, and i know when i get Unlocked i would have to "Build my way up" again but atleast i can try to come up again and maybe even play really active again, i hope this time maybe the chances of me being Unlocked are higher.. and if not, i give it up with getting Unlocked :/

Thank you for taking the time to go through the necessary steps to appeal your lock. I will now be putting this in REVIEWING. During this time, I and the other parkour staff members will deliberate and decide whether or not to accept your appeal. This may be a lengthy process, so if you have any doubts, anxieties, or concerns don't hesitate to send me a message on discord at Pat#0606 or through the forums. Have a good day/night!
| IGN: IPattyI | Disc: PC#0606 | Server: Parkour |
| Apply for Staff | Appeal your Ban/Mute | Appeal your Lock | Support | Rules | Submit your map |
​

I'm glad to be able to tell you that your appeal has been ACCEPTED. We wholeheartedly believe you've proven to us you deserve to be unlocked through your assistance to others, following of the rules, map making, etc. Please do not disappoint us, we have put faith in you! Thanks, have a good day/night!
| IGN: IPattyI | Disc: PC#0606 | Server: Parkour |
| Apply for Staff | Appeal your Ban/Mute | Appeal your Lock | Support | Rules | Submit your map |
​