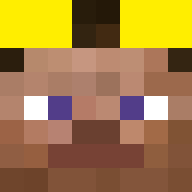 Um, so can anyone tell me from when and why are some "bad words" (like fuck) being censored?
I think it wasn't a thing some time ago and now it looks kinda silly. I'm not saying it's a bad thing tho, it's just weird.
Qub
Main server:

The censor was added recently. I personally don't like that "fuck" is censored, but I can't complain about the change because finally, all variants of the n word have been censored. It's new, and it's just something to get used to.
Tas#0331 // Former parkour mod and map judge // 25 accepted courses
Apply for staff ∙ Build Team ∙ YouTube // Report a bug ∙ player ∙ staff member // Appeal your ban/mute
Submit a support ticket ∙ parkour map ∙ suggestion // View stats ∙ updates ∙ rules ∙ parkour bugs​

I also don't particularly like the censor either. Certain words get caught in the crossfire like "rapper" for being "rappe" "r". Its particularly bad because it gets censored to *****r, but whatever. I think it is just being tried on a few servers for now, but might be expanded or reduced in the future.

I remember when I was trying to see who as online in Requiem, and it kept saying it was inappropriate xD. I think that it has some getting used to, but then again, Minecraft is of all audiences. It might be a good thing to put in place for some of the younger members of the community. I personally don't mind (minus the n-word, I don't think that should be allowed because that can be considered hate speech) whether the server censors anything or not, but it might be a good practice.
Discord: WingsOfFire17#7635

Im not sure if it has been fixed/updated but I noticed that I cant say the word "who're" in normal chat. Which I get what it looks like but It is slightly silly that something like that is filtered.
ING: Kimesu | Disc: Kimesu#8840

Aury said:
In my honest opinion, I think people getting mad over a filter system in a minecraft game is silly. I do think the filter should stay in place, however it should be updated so not everything is getting caught in the censorship.
Click to expand...
Most definitely agreed!
Discord: WingsOfFire17#7635

Personally, I do agree that some words being censored makes it difficult to have a normal conversation in chat, and it definitely can be frustrating if you’re trying to let someone know they can AFK on “an alt”, or if you’re discussing prices and you want to say “mil for”.

But, I do see both sides and in my opinion, these things aren’t censored to make it difficult for genuine players who want to have harmless conversations, the filter is the way it is to prevent people who try to push the boundaries of the filter and evade punishments by editing the word(s) into "normal conversations", so they can then argue that they “weren’t breaking the rules”, even when context is provided.

As both staff, and just a member of the community in general, I’m well aware of the different ‘types’ of players that Minecraft servers inhabit, and unfortunately, people who do just want to spend their time breaking rules on servers “for fun” are a rather large part of this. With it being a game advertised towards a younger demographic, we are partially responsible for what they’re exposed to (at least on ManaCube) and this is why the filter was introduced - Staff can’t be there at all times, so the filter does it’s part by preventing topics we deem as ‘inappropriate’ to the best of its ability.

Kimesu said:
Im not sure if it has been fixed/updated but I noticed that I cant say the word "who're" in normal chat. Which I get what it looks like but It is slightly silly that something like that is filtered.
Click to expand...
The filter just recognizes the 5 letters and automatically censors it. Same reason why you can't say "Analysis" or "An Alt" on here. The censor has no way of knowing whether or not you're actually trying to swear.
❤️ InfinityxKatrina (Kristina) ❤️
Parkour Moderator/Map Judge // Olympus Helper
Discord: InfinityxKatrina#2229 ​

InfinityxKatrina said:
The filter just recognizes the 5 letters and automatically censors it. Same reason why you can't say "Analysis" or "An Alt" on here. The censor has no way of knowing whether or not you're actually trying to swear.
Click to expand...
I figured that was the case. It just took me for a loop when I had first tried it.
ING: Kimesu | Disc: Kimesu#8840

Just add a toggle for the swear filter but keep the hard R censored, easy as that.

Woah, I didn't expect such a discussion, thank you all for your comments!
Qub
Main server:

I think that it would be a really good idea to have an option to change the filter settings. I would recommend posting the idea here: https://suggestions.manacube.com/ I'm not sure if it would ever be considered to be approved but maybe it's worth a shot.

As stated above, a toggleable filter (on by default) would work best for this, in my opinion. Many players don't mind swearing, so unless the word is something like a racial slur (e.g "hard R", s**c, etc), it should be fine.
Rules • Reports • Staff Guide • Appeal a Mute/Ban • Parkour List • FPS Guide • Submit Parkour