Everything on our in-game cubit store is 85% OFF for this weekend only!
Black Friday is our biggest sale of the year, don't miss out

The in-game cubit shop has been entirely revamped, with a new look and new features 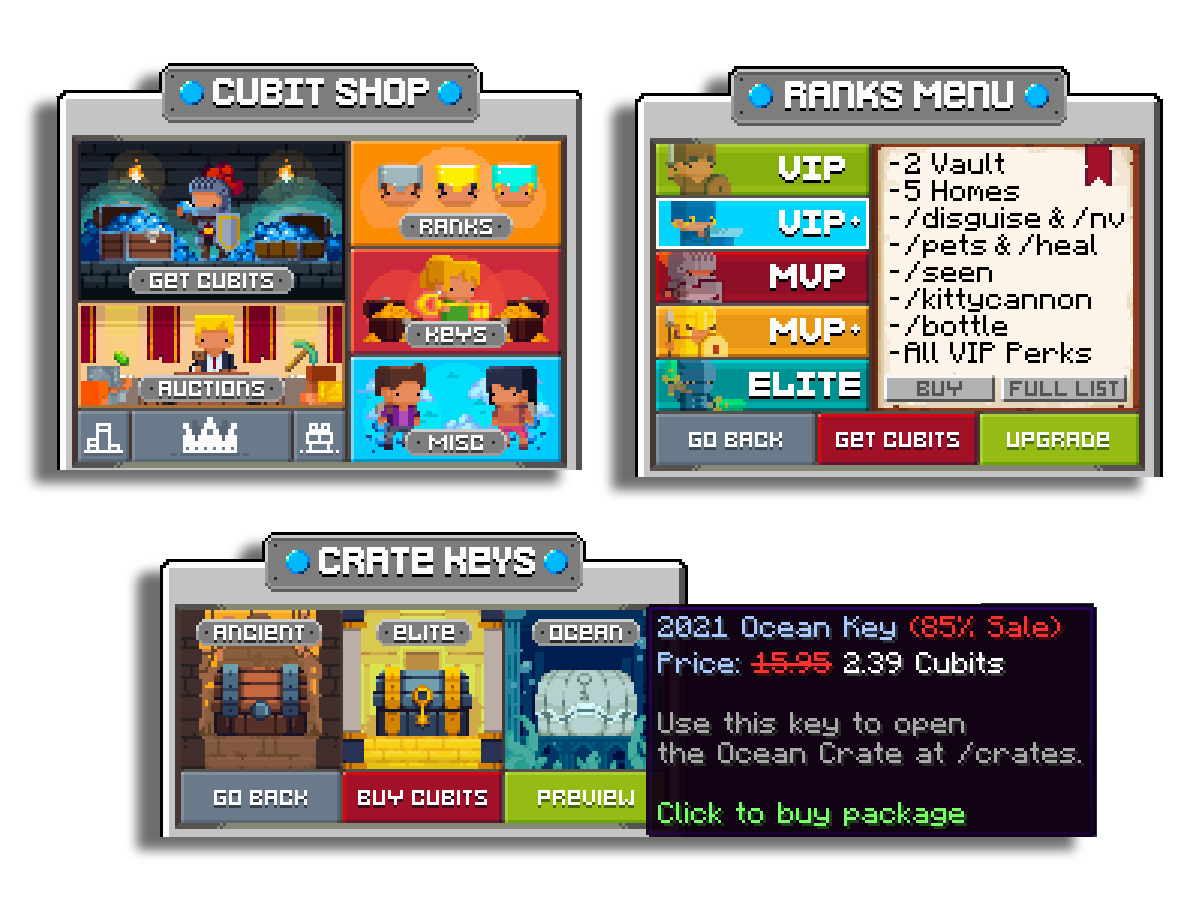 Gifting:
You can now gift ranks/keys/etc to other players. This will also announce in chat your gift, and add you to a gifting leaderboard 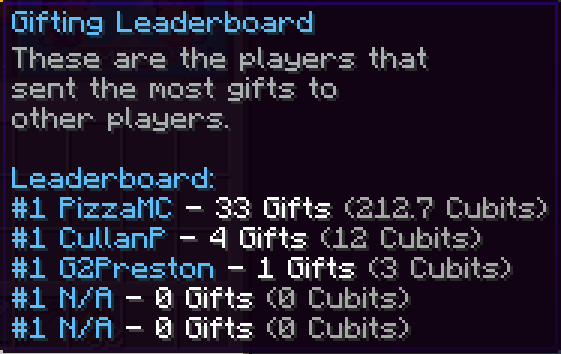 Coupons
Can now apply coupon codes on the checkout page for any package. Click the coupon icon, and you'll be asked to type the code in chat

Confirmations & Quantity Changing
All packages now have a confirmation checkout screen, and you can also increase/decrease the quantity for any package (except ranks/perks)

damn i just bought vip. and suddenly there is a black friday deal.

Sarmess said:
damn i just bought vip. and suddenly there is a black friday deal.
Click to expand...
brotha u can just buy elite tomorrow for cheap vip is 3 dollars imagine how much u can get

not sure i like being unable to buy anything with real money now. gonna have to rethink how i buy crates, especially since you cant buy custom amounts of cubits, only 5, 25 or 50 at a time. apart from that tho, this update looks sick
eating voidcake

Man, this server is good, but it would be better if they fixed a couple of things such as hit registration, anti-cheat that false bans but won't ban real cheaters, faction plugin breaking randomly, cannon jar that decides when it wants to work, an actual economy that makes sense and isn't garbage, improve the staff team so they understand what they're talking about in regards to factions, specify the rules rather than leaving it up for debate, don't allow kids to literally turn a cannon on auto and log-off, fix PVP where it randomly puts you in combo mode and you can land 20 hits a second, fix clear lag that doesn't actually clear mobs half the time but instead clear lags god sets and spawners because that makes complete sense, maybe look into patching dupe exploits people were using to get rows of blaze spawners first day as a solo faction breaking the economy, then maybe I would consider spending more money on your server.

if i /giftcard will it be counted towards my /spent ?

cz. i do a lot of gifting in all forms not just cubits
and atm i always just log into the others profile with their nick

cz. i do a lot of gifting in all forms not just cubits
and atm i always just log into the others profile with their nick
Click to expand...
Only purchasing cubits from webstore counts towards /spent