SSM_GOD said:
I can't read, so I don't know if this was answered elsewhere in the comments, but I think that a great way to help prevent alt=win is by having other requirements to levelup. Perhaps this is having a certain amount of mcmmo levels, mob kills, blocks placed, quests completed.. anything that is in /collection or statistics really.
Making afk based farms that produce more money than doing work yourself is also a huge issue. I think infinity chests or any auto sell method, should have something like 80% tax instead of what it is. The economy should focus on you wanting to be playing instead of being afk. Maybe this really just means that /jobs need to produce a lot more money.
Its the same issue on Olympus. Boosters for doing things physically shouldn't be required to make more money than afking at a grinder. And to be honest, I think that if boosters that stack were to replace minions on the webstore, there would be more monetary profit.

More things like slayer where you have to be active to get mana and the rewards would be beneficial as well.
Also, slayer 4 should be a necessity. This is a place where players can get their required mana and items.
Click to expand...
I know on islands alts are allowed to have their own islands, I feel that this should be removed... just to go off of what's being said- it'd make more sense as well seeing that most of the other game modes don't allow alts to own parties/plots... 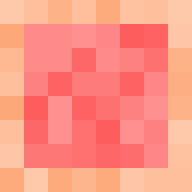 So I think we can all agree that no one likes alt2win as it takes away the skill and strategy of the game mode but rather than just saying remove alt2win do you have any suggestions on how? And when you say better ways to make money do you mean like buff the prices of farming and mining to counter those of spawners? or a custom feature related to mining and farming that would be enjoyable and worthwhile to complete?
Click to expand...
I think theres a lot of easy ways to fix afk2win/alt2win.
Like fixing the silver issues. Not gaining silver from pumpkins and melons and them disappearing in general makes silver super hard to get. Pumpkins were the main way to get silver back in the day because it was easy to do and anyone could do it. Also improve the silver rate. Silver is considerably hard to get which I think is good, but not if players are getting 100k silver pouches from event crates making silver very easy to get through player trading.
Silvershop is a bit outdated and I rarely see players actually using it. In silver shop, both sponges and shulker boxes can be bought in the /shop for money and much better sell wands are very common now due to elite kit.
I also think fixing ancient trials would be good too. We lost bosses, which was the main way to gain xp and money last season, for ancient trials and then they never fixed ancient trials. There's a really good armor set in the trials for players to get plus other useful things like sell wands and ancient keys.
Love
is like breath in the lungs
it comes and goes but at the end of the day
it's always there​
You must log in or register to reply here.
Share: Twitter Reddit WhatsApp Email Link
2013 - 2020 © ManaLabs Inc. All Rights Reserved.
We are not affiliated with Mojang AB.